The Most Common Kinds Of Coffee Drinks 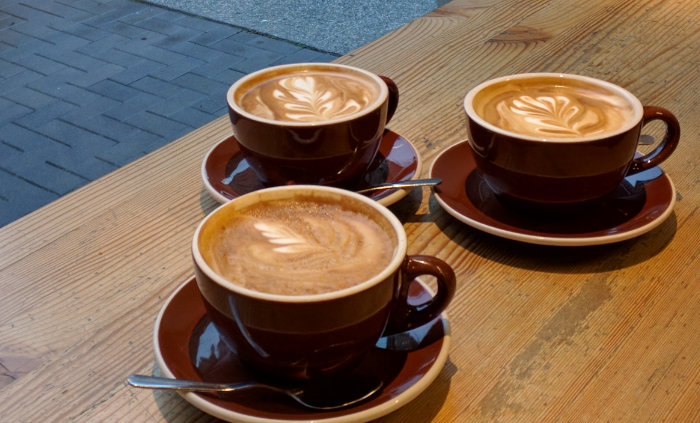 If there’s one aspect of coffee that’s extremely appealing, it’s that it comes in a wide variety of drinks, often with their own taste, texture, and method of brewing.

This means that there’s never been a better time to be a coffee aficionado in terms of how much choice there is available, even at the local café.

There are so many different types of coffee available on the market that it can be difficult to choose the right one. For this reason, we’ve broken down some of the most popular ones and what makes each one unique.

This is a kind of espresso that is often served with a tiny amount of milk, which is also why it’s often called an espresso Macchiato. The name itself means “spotted” in Italian, which ties in with the theme of the drink, where it’s “marked” with milk rather than being straight coffee, like an espresso.

Most people have heard of the espresso, one of the most well-known drinks in the world, and one that has been used as the base for a range of various other drinks, which makes it extremely versatile.

The traditional espresso is made with around 8 grams of fine ground coffee that’s mixed with 30ml of boiling water. Often, it’s served alongside a special kind of foam that’s known as crema, but many might drink it as is. An espresso tends to be quite strong and can offer a strong bolt of energy first thing in the morning.

The cappuccino can usually be found at just about any coffee shop in much of the western world, and it’s become a true favourite among coffee lovers. The perfect cappuccino is made up of a third of steamed milk, a third of foam, and a third of espresso.

Here, instead of a third, a latte is made up of two thirds of steamed milk, with some foam at the top that usually measures at around a centimetre.

The extra milk in the drink means that it tends to be much more prominent than the taste of the coffee, so it’s a good choice for those that prefer their coffee on the weaker side while watching TV or playing the bingo Canada makes available.

The Americano heralds from the United States, and is a popular coffee for drinkers that prefer neither cream or milk in their drink. It usually involves pouring boiling water over a strong shot of espresso, making it a proper black coffee, often served with some kind of sweetener.

Another variant is known as the Long Black, which is similar in many ways except that it comes from New Zealand and Australia and is made by adding the espresso after the water has already been poured.