London is the largest city in the United Kingdom, and it’s a must-see for anyone travelling through the country.

Not only is it steeped in hundreds of years of history, but it’s also becoming something of an international melting pot of culture and cuisine, making it one of the most diverse cities in the world.

A person could spend a lifetime seeing all the sights that London has to offer, and if they also happen to be fans of coffee, then they’re in luck.

London boasts more than a handful of famous coffee shops that can be found in the city, and here we will look at some of the more famous ones.

Known as one of the best coffee franchises in the city, Workshop Coffee is a favourite among residents, and continues to see countless visitors every day. It’s also among the oldest and was able to outlast some of its biggest competitors over the years, which included the Department of Coffee as well as Taylor Street.

The quality of the coffee is consistent throughout each shop, meaning that a person that’s used to visiting one, will be pleasantly surprised to find that they can expect the same level of quality when visiting another. They are known for making great espressos, as well as having clean and refreshing beverages.

The idea behind Redemption Roasters was to give previous prison inmates the chance to try and reintegrate into society. The shop can be found in HMP the Mount, where the company has promised to try and help prisoners find work for themselves once they have been released.

Not only do they serve an excellent assortment of coffees, including their famous El Diablo, but the company is focuses on using only local supplies for their beverages.

They currently operate 7 shops in total throughout the city, and along with coffee, they also offer a wide range of pastries and other baked goods, as well as lunch foods, and a great place to stop and read the news or the latest horse racing tips.

This otherwise tiny and easy to miss coffee shop opened during the height of the pandemic lockdowns that went into effect last year, but it turned out to be the perfect time for the new shop to open up to the public.

With a whole section of the public now working at home and able to get coffee when it’s more convenient for them, Intermission often sees queues that can range out of the door, making it one of the most popular spots in the West Hampstead train station.

They sell a large selection of various coffees, all of them delicious, and they’re especially popular among the eco-conscious, as they have made it their mission to be as sustainable as they possibly can. 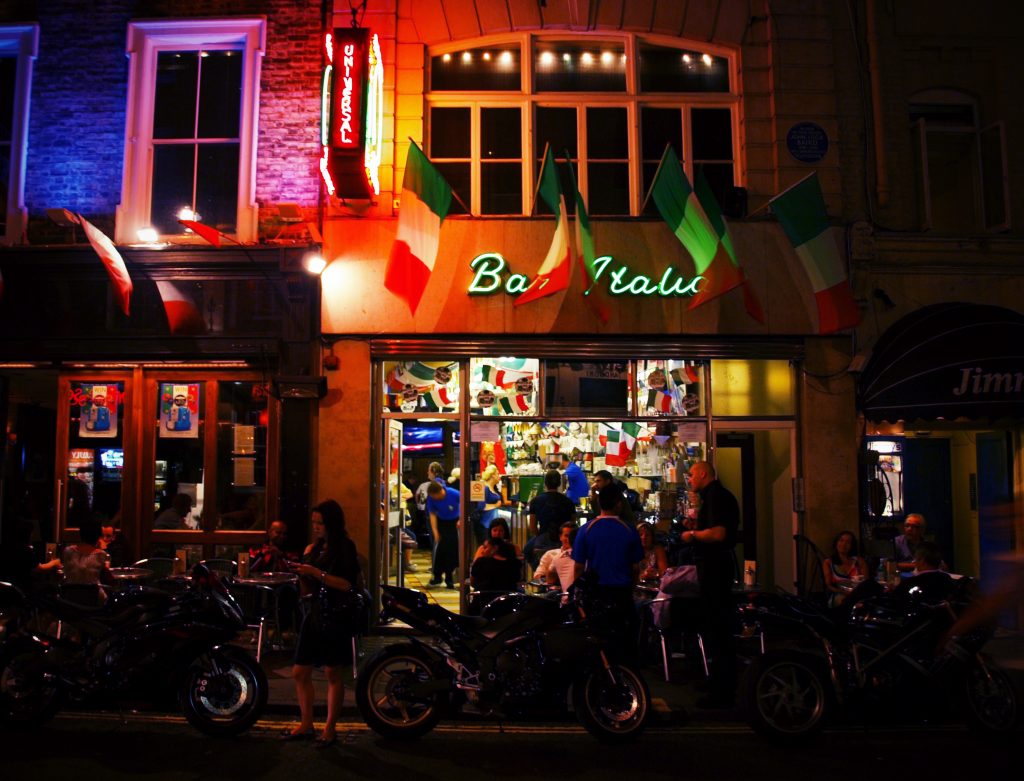 First founded as far back as 1949, Bar Italia is the definition of an Italian experience, and it’s a business that has become an important part of the local landscape in Soho.

Open through much of the day and the night, Bar Italia serves proper espressos, and makes for a great stop during the later hours of the night to top up on that ever-important caffeine.